When Getaway Magazine Came To Stay!!! 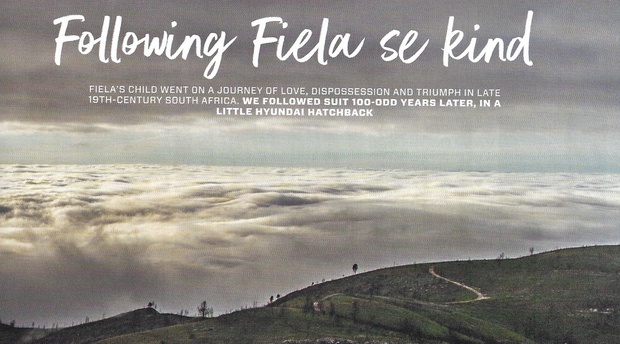 We are very excited that Hope Villa has made it into the pages of the February 2021 issue of Getaway magazine!!!

When we received a call from a Getaway journalist asking if they could stay at Hope Villa… well that made our hearts skip a beat! They were going to be following the story of “Fiela se Kind”, and because it is a historic story, she felt it would be only fitting to spend the last night of their journey at an historic Knysna house (Hope Villa was built in 1901!).  The History of Hope Villa And that is where we come into the story!

Dalene Matthee was a South African author best known for her forest novels, written in and around the Knysna forest.  Her book titled “Fiela se Kind” which was first published in 1985 tells the story of Fiela Komoetie and a white 3 year old child, Benjamin, whom she finds crying on her doorstep.  For nine years Fiela raises Benjamin as one of her own children. But when census takers discover Benjamin, they send him to an illiterate white family of woodcutters who claim Benjamin to be their son. What follows is Benjamin's search for his identity and the fundamental changes affecting the white and coloured families who claimed him.  The book was first adapted to film in 1988.  A new version of Fiela se Kind – which was partially shot in the Knysna forests – was released in September 2019.

If this story interested you I can highly recommend any of Dalene Matthee’s books which were all originally written in Afrikaans but have been translated into 14 languages.  She really brings alive the stories of the Knysna forest and the early woodcutter families.  You will not be disappointed!  And to go a step further why not head along the Rheenendal Road to the Goudveld forest area and walk the Circles in a Forest  Trail.  At the Krisjan-se-Nek Picnic Site, the starting point of the trail, you will find the Dalene Matthee Memorial stone.

Since Getaway launched in 1989 it has become a household name and a highly regarded source of all things travel-related in Southern Africa and beyond.  Make sure you grab a copy of the February 2021 issue off the shelf right now and read the full story.  Should you wish to stay at Hope Villa B&B too, check out our website for the special offer you will get if you book directly with us!  Book Direct for a 15% Discount

We would love to meet you.